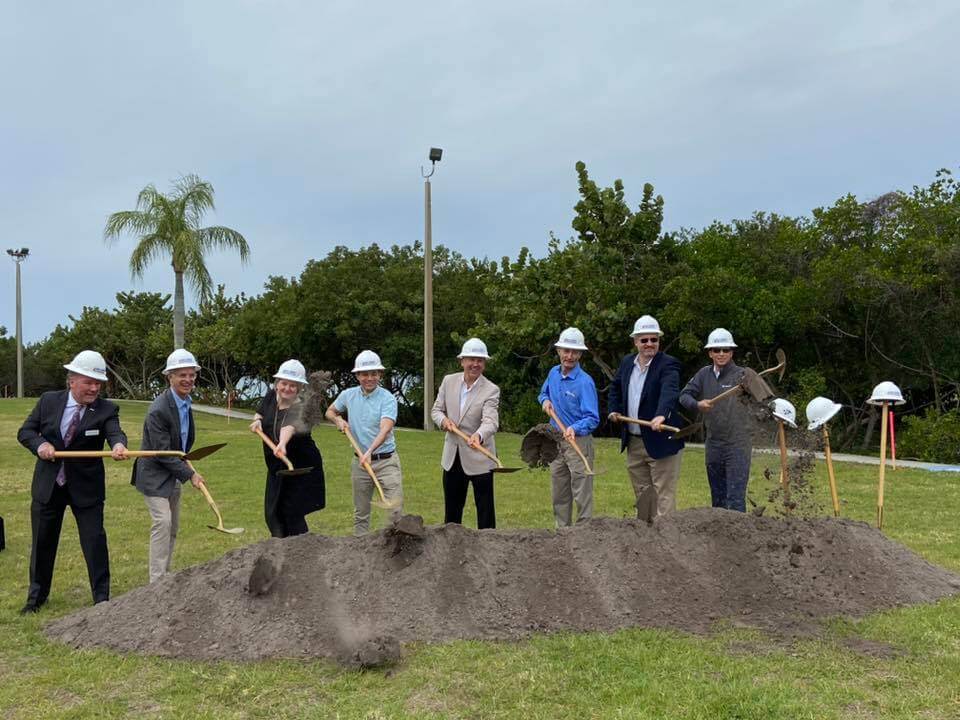 SARASOTA — The Bay Conservancy broke ground on Friday, kicking dirt up on what will eventually become a Mangrove Bayou Walkway.

The Mangrove Bayou Walkway, one of the first segments to be set in the initial phase of the larger 53-acre bay redevelopment project, will feature a 10-foot wide, 1/2-mile-long walkway with Florida friendly landscaping that will include lighting as well as a no-fertilizer, no-mow buffer.

Jon F. Swift Construction will begin work on the walkway, which will loop around the mangroves and coastal wetlands and connect to the walkway that already exists north of Boulevard of the Arts.

“This exciting next step in bringing The Bay Park to life will also include a variety of environmental improvements to our mangrove bayou, including stormwater marshes that will pretreat the water runoff that flows into the bay,” said Bill Waddill, chief implementation officer of The Bay Park Conservancy, at a groundbreaking ceremony on the Great Lawn overlooking Sarasota Bay.

The hope is to restore the mangrove bayou with help from some initial funding for the walkway from the Charles & Margery Barancik Foundation.

“A restored mangrove with educational signs not only ensures a healthier bay but also brings potential to create future generations of conservationists,” said Teri A Hansen, president and CEO of the Barancik Foundation.

The walkway is the next step in bringing Phase 1 of The Bay Park to life and is estimated to be complete this summer.

Earlier this month, the Bay Park Conservancy unveiled the Fountain Garden at Boulevard of the Arts and North Tamiami Trail. The fountain features Florida-friendly vegetation, walking paths and park benches along with the restored fountain.